About Our Bakery Staff:

Bryan Sharp started working with his father at his first resturaunt in Ambler, Pa back in 2000, as a prep cook and dishwasher. After a few years, Bryan worked his way up to a line cook and started perfecting his craft by the time he was in high school. Once moving the business up to Lansdale, Bryan worked in several positions in the kitchen before leaving for Pennsylvania College of Technology in 2009.

While in college Bryan found his passion for Pastry arts after an introudction course for the baking and pastry arts program and decided to persue a degree in Pastry Arts. During his time At Penn College, he was able to work at several bakeries and pastry shops in the Williamsport area, as well as be able to attend two Kentucky Derbys in Louisville, KY and help prepare and serve food for over 190,000 guests!

Bryan is a 2012 Graduate of the Culinary arts Technology and Baking and Pastry Arts Programs from the Pennsylvania College of Technology in Williamsport, Pa.

Please give us a call to place an order for pick-up, or bakery order! 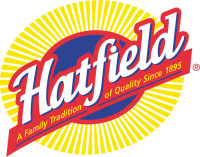